LIFE project presentation at the offices of the European Commission in Athens, 10 February 2014

The project results were presented in the event organized by the European Commission Representation in Greece and the Municipality of Andros.

The event was greeted by:

Isidoros Nikolaou , coordinator of the program, in his speech presented the activities of LIFE Andros. He pointed out that in Greece migrates 85 % of the world population of Falcon Eleonorae ( 182 pairs in Andros), while in the country live 100-140 pairs of Bonelli’s eagle (3 in Andros) , 350-500 pairs of Audouin gull (25-30 in Andros) and 1000-1200 pairs of Phalacrocorax aristotelis desmarestii (60 in Andros). Indicative of the success of the program is that breeding of Falcon Eleonorae grew by 70 % over the last two years .

In his speech, Tasos Dimalexis, scientific director of the program (Nature Conservation Consultants Ltd.), referred to the potential emergence of the island as an ecotourism destination , with emphasis on bird watching. He presented the international statistics on the profile and characteristics of specific groups of visitors, and the specific tourism market in Northern Europe, with examples from Greece. He also referred to the possibilities that would give such a perspective on the tourism development of the island , focusing on its unique nature and biodiversity .

Thanos Kastritis , scientific coordinator of conservation (Greek Ornithological Society), summarized the status of the bird populations and threats that are facing, the interventions of the program related to their protection, with emphasis on those that occur on rocky islets hosting bird colonies, having already recorded spectacularly positive results. Results justify the expectations of this ambitious program.

Anastasia Koutsolioutsou (LIFE External Monitoring Team) and George Protopapas (Green Fund of the Ministry of Environment), presented the European environmental protection program LIFE, successes and prospects for our country in the next funding period, making reference to the conclusions from the so far successful progress of LIFE Andros .

MP member Manolis Glezos  proposed the organization of an Ornithological Congress in Andros.

Also, among the speakers was former minister and former EU Commissioner John Paleokrassas.

In the future there will be more events to inform the public about the program, its objectives and activities. 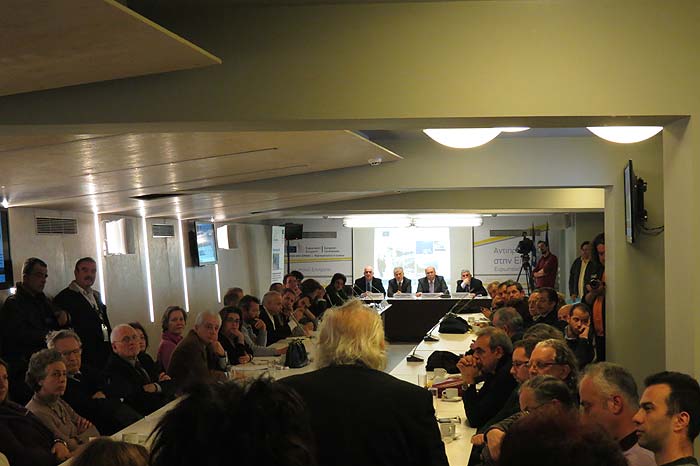 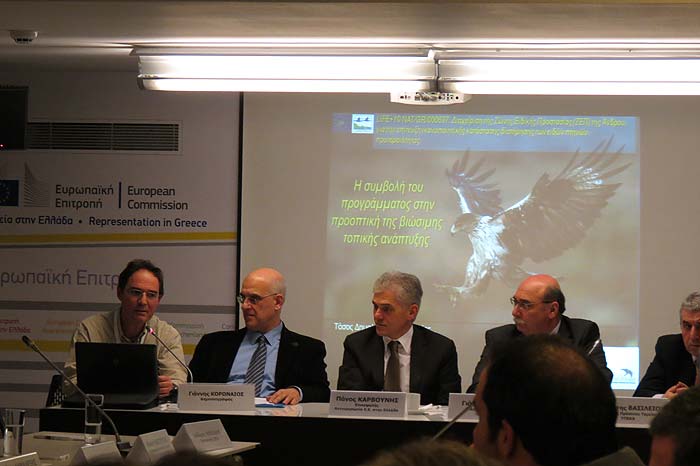 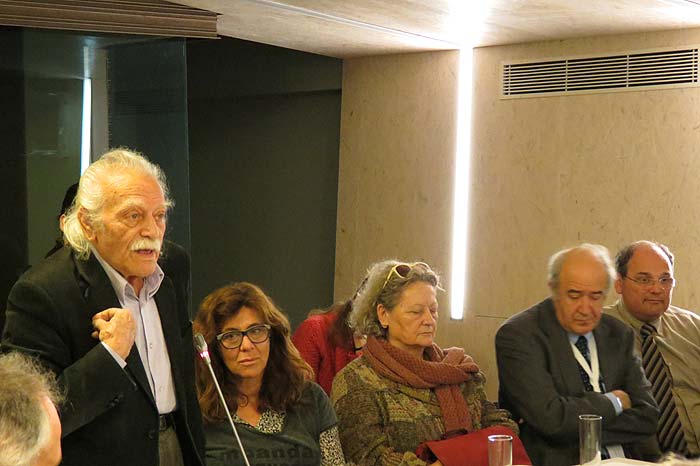