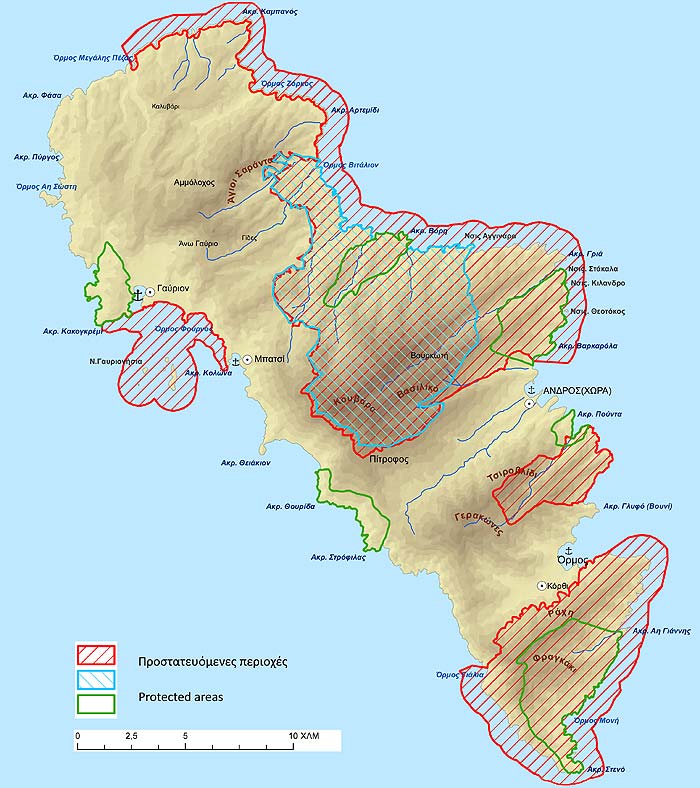 The concrete conservation actions for the improvement of breeding and foraging habitats in association with the SPA Management Plan will create direct and immediate as well as long-term benefits on the selected local populations of the target species, and public awareness and communication campaigns will have an effect on the entire population and their habitats in the project region.

The area in more detail:

Andros can be considered as a “special” island when compared to the rest of the islands in the Cyclades. Thanks to its great annual pluviosity and its mountainous relief, the island presents a great diversity of habitats and biotopes, the most important of them being the alluvian forests of Common Alder (Alnus glutinosa), the woodlands of Chestnut (Castanea sativa) and the strands of White willow (Salix alba) and White Poplar (Populus alba), which are unique in the Cyclades. Garrigue and maquis are widespread while rocky areas also cover a large part of the island. Andros is crisscrossed with temporary streams ending in small but numerous coastal wetlands and marshes.

Human presence and activities have also contributed to the island’s heterogeneous landscape by means of traditional agricultural and livestock breeding practices such as the use of terraces for crops of fodder.

Because of the variety of habitats, Andros is an important site for avifauna. Its rocky coasts and small islets hold important breeding populations of two protected seabird species: the Mediterranean Shag and the Audouin’s Gull. But not only this, the islets around Andros are home to what is probably Greece’s most emblematic bird species, the Eleonora’s falcon. These birds pass the winter in Madagascar only to return every year to the islets of Andros, and other islets of the Aegean, to breed. Considering that more than 85% of the world’s population of this species breeds on the Greek islands, it is easy to understand how important the Aegean, and consequently Andros, is for its conservation. A walk along the eastern coast of the island during the months of August and September will probably result in the observation of dozens of these falcons hunting in the sky and over the sea to find food to feed their chicks. The central island of Andros also hosts different protected and endangered raptors such as the Bonelli’s Eagle or the Peregrine Falcon that can be found at the island’s steep gorges and cliffs.

Andros is also important for breeding passerines typical of Mediterranean shrub land such as Ruppell’s Warbler, Blue Rock Thrush and Black-eared Wheatear, as well as, migrating birds such as Little Egret, Night Heron, Montagu’s Harrier, Bee-eater, Icterine Warbler, Whitethroat, Spotted Flycatcher that use the different habitats of the island (wetlands, crops, woodlands) as stopover sites to refuel and rest during their long trip to and from Africa. 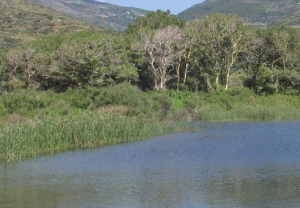 The hydrological network of Andros is the richest in Cyclades, with small rivers and streams that maintain the flow throughout the year, with more than 17 coastal wetlands, and dozens of other small seasonal wetland sites. The most important are those of Achla and Vori stream estuaries, rich in riparian vegetation including alders, plane trees, willows, reeds and rushes.

Wetlands of Andros are literally «oases» of wetland ecosystems in a landscape of marine and terrestrial island habitats. In this sense, they have unique and valuable attributes, both for the island, and for the broader Aegean scale, as they provide stepping stones for migratory birds, but are also suitable habitat for many plants, invertebrates, amphibians, reptiles, mammals and birds that depend directly on wetlands. At the same time they contribute to the creation of a uniquely beautiful island landscape, worthy for all of us to enjoy and to protect. 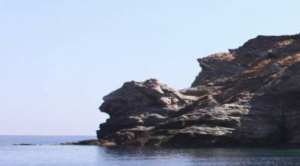 The small uninhabited islets are considered to be the jewels of the crown for the terrestrial biodiversity of the Aegean. They host the most valuable and undisturbed ecosystems of the archipelago and provide habitat for dozens of endemic species of plants and animals that give to these ecosystems a global significance.

Among others they provide nesting habitat for many rare species of seabirds, such as the Audouin’s Gull, the Mediterranean Shag, the Yelkuan Shearwater, the Corry’s Shearwater, and the Storm petrel, as well as to raptors like the Eleonora’s Falcon, the Bonelli’s Eagle and the Long legged buzzard. The uninhabited islets of Andros, and the surrounding region, islets including Gyaros, host significant populations of these species and therefore are protected by the Greek and European legislation. Their importance for inhabiting threatened species such as the Eleonora’s Falcon, has been the subject of exceptional wildlife documentaries of Japanese, Swedish and British television, thus highlighting internationally Andros Island and the Aegean. 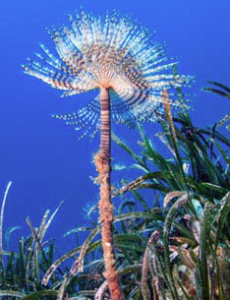 The underwater meadows of the endemic plant of the Mediterranean Posidonia oceanica are a unique and extremely fragile ecosystem. The dense and complex structure that it creates, is a habitat with high biodiversity. Hundreds of species of invertebrates and fish find refuge among the dense foliage. The extensive underwater meadows stabilize sediments in the coastal zone and over time create a barrier, protecting the coast from erosion. The same role is also played by the dead leaves washed out on beaches, which, when mixed with sand, stabilize it. In the Special Protection Area of Andros the seagrass meadows are found at depths of 5 to 40 meters. The main threats they face are the uncontrolled anchoring of leisure boats and fishing with powerful tools – mainly trawling – which destroy the beds of seagrass primarily by tearing them out.

If the wetlands, the uninhabited islets and the marine Posidonia beds contribute to the unique habitat mosaic of Andros, then the terrestrial natural and anthropogenic habitats form the bulk of this mosaic. With their diversity and their distinctive nature, they constitute the basic component of the ecosystems of the island. They host hundreds of species of plants and animals and having interacted with human activities for millennia, either for pasture or as agricutlural land formed as terraces, they currently constitute one of the most distinctive and recognizable landscapes of Andros. The traditional stone walls, the bee hives, the agricultural terraces and the dovecotes of Andros are valuable components of these habitats, which support rare birds such as the Bonelli’s Eagle, the Short-toed Eagle and the Long-legged buzzard.