As part of the project networking activities and cooperation with the CYCLADES LIFE project, which is being implemented mainly in nearby Gyaros island, a joint operation took place from 9 to 11, June 2015.

For three days, four team members from each project, using their high speed ​​vessels, worked closely together in the coastal zone of Gyaros island, recording the wildlife and studying the environmental situation of the region. A detailed monitoring was implemented regarding seabirds, Bonelli’s eagle and Eleonora’s falcon, as well as an assesment of the current environmental status and the possible threats and the team exchanged views about their common efforts to improve it.

The data collected using sophisticated equipment, will be analyzed in the coming months by the scientific directors of the two projects and will enrich our knowledge about the overall state of the environment in our neighboring island.

The success of this joint operation raises the expectations from the future cooperation between the two LIFE projects. 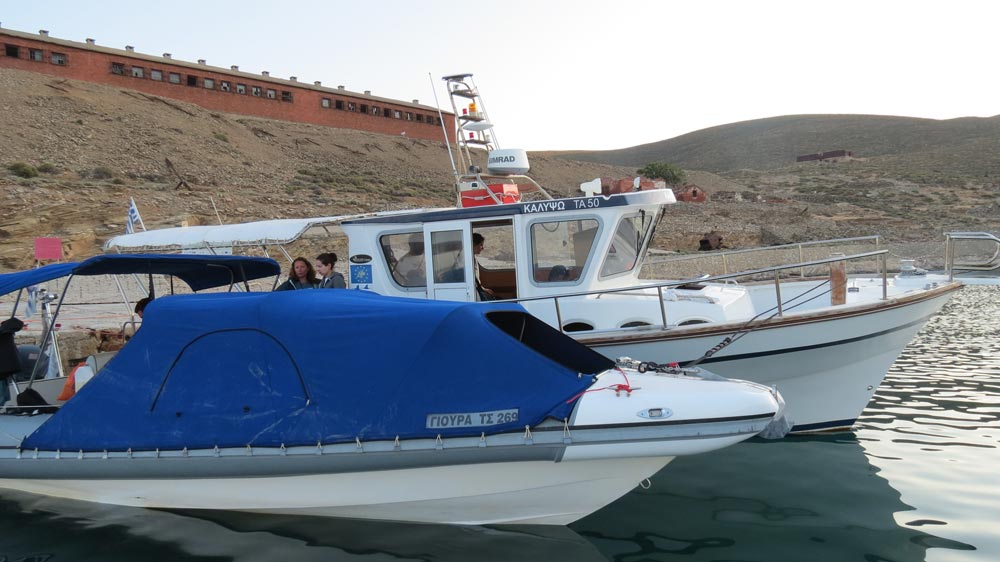